Everything you ever wanted to know about but were afraid to ask about…….Emetophobia

Emetophobia is the clinical term used to describe excessive and distressing fears related to vomiting or vomit; these fear reactions often extend to nausea and other sensations associated with vomiting. Some people fear only vomiting themselves, while others say they are equally fearful of vomiting whether it happens to them or to someone around them. Some people are only afraid of vomiting in certain situations, such as public speaking, on public transit, or while away from home. Other people’s emetophobic fears are more generalized; they are fearful about vomiting no matter what the circumstances, people present, or location might be. Phobias tend to be linked to either fear or disgust, and emetophobia appears to be strongly associated with disgust responses. People with emetophobia often score high on measures of sensitivity to situations that create disgust, such as odors and images; many describe themselves as having “a weak stomach”. A number of people who experience emetophobic fears receive a medical diagnosis of Irritable Bowel Syndrome (IBS) at some point in their lives, and sometimes have other gastrointestinal issues as well, such as reflux or ulcer.

Vomit-related fears have recently become a growing focus of research and clinical attention, but they are still not widely recognized or well-understood. Many people who live with emetophobia believe that they are the only ones, but this new research tells us that these kinds of fears are much more common than we knew. Among the goals of the professionals doing this research are raising awareness and promoting a better understanding of emetophobia, especially among health care professionals, as well as developing new and more effective ways of treating the symptoms and improving quality of life for people affected by these fears.

Most people who live with emetophobia say that their fears began and usually became problematic for them during childhood, and many associate them with a specific event or experience, while others don’t really know where they came from or why. Most people who have clinically significant fears related to vomiting say they understand that the fears are “irrational”; that is, they are unrealistic or out of proportion to the risk associated with the feared event. However, they also say that this knowledge does not reduce the intensity of the fears or the anxiety and other symptoms associated with them. Emetophobia doesn’t appear to be a type of health anxiety in most cases, because most people with these fears don’t believe that vomiting is a sign of serious illness, or pursue a lot of medical care and tests. It is usually the act of vomiting itself that is central to emetophobia; people who have these fears often say they worry about humiliating themselves, being disgusting to others, or losing control of their bodies. Among the most commonly reported worries about vomiting among people who fear it are that if they start they will never be able to stop, and that if they vomit, their fear will be worse afterward. People with emetophobia often develop a high degree of control over their bodies; some say they have gone through pregnancies, had food poisoning such as salmonella, or undergone courses of chemotherapy without ever vomiting.

Some aspects of life that many people take for granted can feel very risky and evoke a lot of anxiety for those living with emetophobia. Some examples include:

Food – Some people with emetophobic fears receive an eating disorder diagnosis, and a number are underweight. Many restrict their diets in various ways, although usually not due to body image issues or a desire to lose weight, but instead to manage risk of vomiting due to food-borne illnesses: becoming vegetarian; eating only food they prepare themselves or see prepared; never eating in restaurants; avoid “risky” foods like salad dressings, shellfish, poultry and eggs; paying very close attention to best-before dates and throwing away a lot of food; and overcooking food, especially meat. Some people who have these kinds of fears have chronic nutritional deficiencies, most commonly those who restrict themselves to eating only “safe” foods such as crackers, potato chips, and bread.

Relationships – Even when people with emetophobic fears feel comfortable telling friends, family, and/or romantic partners about them, the fears often involve worries about catching an illness that could lead to vomiting. Many people with such concerns choose to live alone, and decisions about having children can be very difficult – not only regarding morning sickness, but also who will care for children when they are ill. It is quite common for people living with emetophobia to closely monitor the people around them for any sign of illness, and many say that they experience relationship conflict because they frequently ask people if they are feeling well or if anything is wrong, and cancel plans frequently to avoid exposure to germs. It is not uncommon to be very anxious in situations where people are consuming alcohol, and many people who have these kinds of fears never drink alcohol themselves or are very precise about how much they allow themselves – and often others with them, including spouses – to drink. Worry about catching an illness can lead to obsessive cleaning, hand-washing, and use of sanitizing products, and a need for people in shared space to meet these standards of cleanliness. Some people’s emetophobic fears extend to related language, so there are certain words and phrases they will not use and which can create intense anxiety when used by others.

Medications – A majority of people who have vomit-related fears say they refuse to take almost all medications because of the risk of vomiting as a side effect, with one exception – many also say that they take anti-emetic medications such as Gravol or Dramamine regularly to manage their anxiety about vomiting.

Travel – Being away from home, using most modes of transportation (planes, boats, cars, buses), being in confined spaces with other people, needing to eat in restaurants or consume food prepared by others, and common travel ailments can all make travelling very challenging for those living with emetophobia.

Flu Season – Many people with emetophobic fears say that their symptoms become much more intense during the fall and winter; some say this is really the only time that their anxiety about vomiting affects them substantially on a day-to-day basis. Most people living with these fears note missing more time at work or school when there are “outbreaks” or they hear that the flu is “going around”, monitor the physical states of those around them more closely, and become more anxious when they learn that anyone they have been in contact with is ill.

News Coverage – Emetophobia, like other phobias, tends to create attentional and memory biases. People with these fears say they tend to closely monitor the news for information about outbreaks of illness and food poisoning and about food recalls, and seek a lot of information about feared situations online. This information is often used as a means of “safety planning” and foods, brands, situations, locations, and activities that appear risky due to acquiring this knowledge are “off limits” afterward.

In my next  blog post, I will talk about treatment cautions and recommendations for emetophobia. 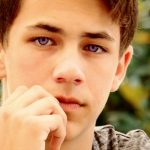 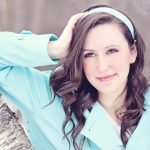 Relief for Emetophobia Sufferers Is Possible!Uncategorized